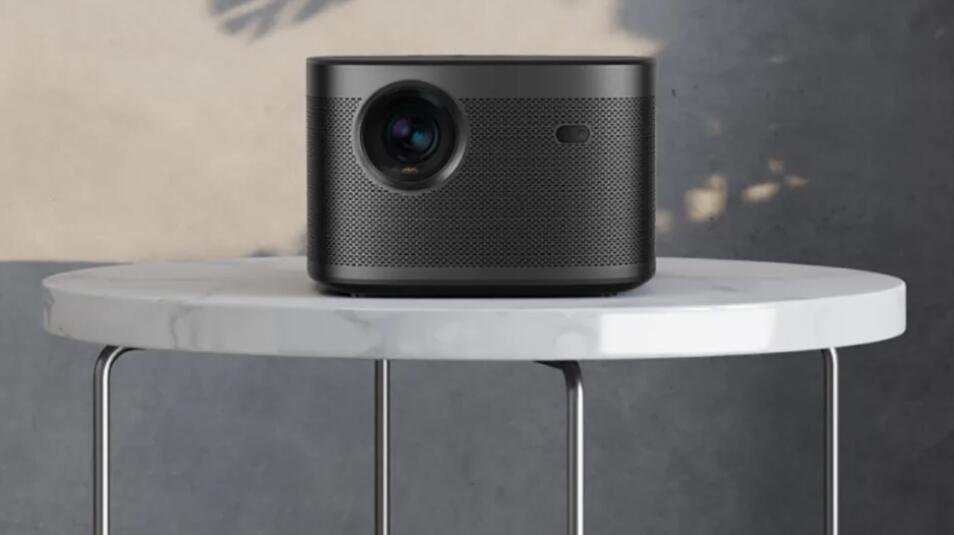 The Cyber Monday projector deals will carry on the deals train, leaving Black Friday firmly in the rear-view mirror. However, while Friday will have laid the groundwork, Cyber Monday can still offer the goods. If you’ve been thinking about going large on your screens this year, then it’s going to be worth hanging around for Monday’s deals.

Such has been the meteoric rise in projector tech, there has never been a better time to upgrade from the best gaming TV to the likes of the best 4K projector, best projector for gaming, and best projector for PS5. And the Cyber Monday projector deals are, even more specifically, the best time to do this as we’ll see record-low prices and the most severe price cuts. Such price cuts will extend beyond the premium models, right down to the best portable projectors and best outdoor projectors too, the former of which could be very handy this coming Holiday season.

Projectors are likely to be very popular this year, and this is due to that upward trajectory in tech we’ve seen. Image quality can now rival even the best QLED TVs and best OLED TVs, options for connectivity and built-in streaming apps have broadened, and from a gaming point of view, latency has come right down too, meaning a console or PC can genuinely be teamed with a projector to make for a great gaming experience. As a result, the Cyber Monday projector deals will be more tempting than ever. We’ll be using this page to keep on top of the price cuts and offers when the time comes, but read on now for key info and some rough predictions.

What is Cyber Monday?

Cyber Monday is a marketing term referring to the first Monday after the Thanksgiving holiday in the United States. It’s a 24-hour online shopping event that was originally created by businesses to encourage people to do their shopping online and is now often regarded as an extension of the Black Friday sales.

What is the Difference Between Cyber Monday and Black Friday?

The origins of the term ‘Black Friday’ go back as far as the 1950s, whereas Cyber Monday’s origins are much more recent. The term was coined in 2005 to describe the Monday after the Black Friday when people continued to shop online after going back to work. Cyber Monday is by far the biggest online shopping day of the year, representing a massive sales opportunity for eCommerce retailers.

Many smart and savvy retailers take advantage of the ‘Black Friday sales season’ (which usually starts around Tuesday) to figure out which deals and promotions are working and use those insights to optimize their Cyber Monday sales. By replacing unpopular offers with deals that are in high demand, businesses can do both, drive more profit and keep their customers happy.

Although traditionally Black Friday sales focused on in-store deals, more and more shoppers choose to hunt for offers online, and the concept of Black Friday as the kick-off of the holiday shopping season is changing. The period from Black Friday to Cyber Monday is now often referred to as ‘Cyber weekend’, with discounts getting steeper and steeper as the sale progresses. It’s a great opportunity for retailers to clear their stock and gather useful data in preparation for the Christmas sale.

After more than a decade since its last home cinema projector, Samsung has exploded back on the scene with The Premiere LSP9T projector.

This ultra short-throw beamer makes use of 4K HDR laser projection, with a three-color laser removing the need for a color filter and therefore allowing The Premiere’s 2,800 lumens brightness to really shine across a max 130-inch image. Pictures are punchy and colorful, and Samsung’s world-first introduction of the HDR10+ format, which adds in scene-by-scene picture calibration in compatible films and TV shows.

This projector also benefits from full implementation of Samsung’s smart TV operating system, which – if a bit sluggish at times – is incredible to have on a projector over the basic and poorly-organized interfaces we’re used to. 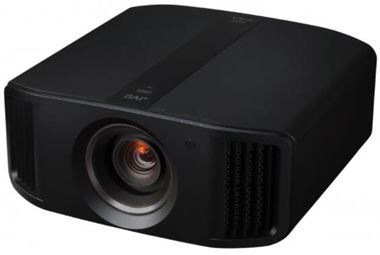 JVC’s D-ILA devices are some of the best projectors in the business. They offer exceptionally good contrast handling, effortless smooth colour blending and the best black levels around. The N5 may be the baby of this famed native 4K family but it’s still an absolute belter.

Its bigger, pricier siblings are better and blacker but there’s easily enough shading skill and depth of darkness even here to produce an incredibly involving and three-dimensional feel whether at 4K or Full HD. What’s more, JVCs ongoing upgrades to its HDR capabilities just make that picture better and better as time goes on.

The motorised lens, simple menu system and excellent choice of usable preset picture modes make it surprisingly easy to set up. It might not compete with the others here for value but it’s the best performing projector on this list. 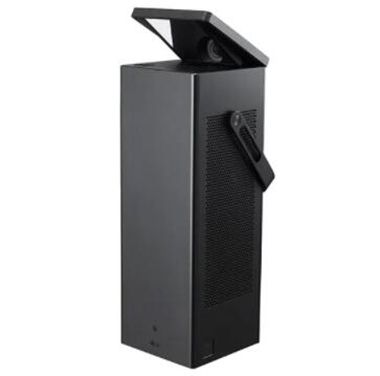 One of the most feature-complete projectors you’ll ever find, the LG CineBeam is a really fascinating box of tricks. It may not be the finest on this list in terms of pure picture quality, but it presents a very decent 4K HDR image from a larger array of sources – both smart and local – than any other here. And for that, we commend it.

It’s blessed with LG’s excellent webOS platform, which means direct access to all your video apps over Wi-Fi, and its Miracasting and Bluetooth abilities make for easy and intuitive ad-hoc connections to whatever mobile device you’d like to play back from. These can provide external sound, too.

So is it expensive? Maybe. But for those who want the flexibility to throw a movie up on their wall whenever and however they choose, it’s just the ticket, with decent sound and a very solid picture as well. One of the best outdoor projectors you can buy. 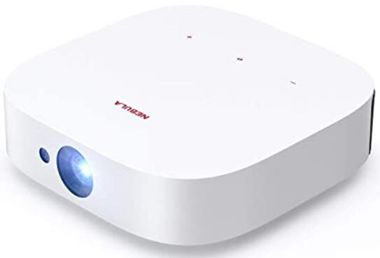 This is Anker’s best Nebula projector to date and also a very, very good portable in its own right. Feature-wise, it’s got almost everything one could need in an outdoor projector. There’s an excellent smart platform, a three-hour battery life, a good degree of brightness and plenty of source material options.

What tops it off, though, is some really rather impressive picture quality. There are brighter machines out there but, for this price, there’s a great blend of both punch and subtlety to the image. In the right setting, it’s just the ticket.

The onboard speakers are a touch weedy but the quality and spread of sound from them is good.

Do be warned that the app platform is missing a few of the UK catch-up services, iPlayer included, but otherwise, this feels like one of the best projectors out there for taking on your travels. It’s small, convenient and very well appointed. 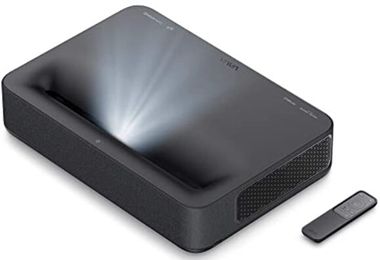 I spent about a month with the Vava 4K laser projector, and I liked the darn thing more with every passing day. It has an ultra-short throw, which means it can project a 100-inch image while just 7.2 inches away from the screen. Coupled with the fact that it has a built-in Harman Kardon soundbar, it’s easily the fastest projector I’ve ever set up from box to Netflix. It also looks fantastic, though not quite as sharp as our top pick. 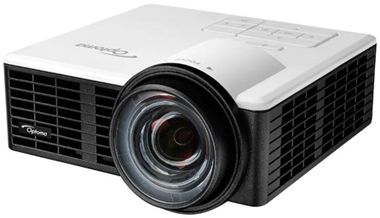 When you’re talking about mini projectors, there’s “mini” and then there’s the Optima ML 750ST. Photos of the projector don’t really show just how very small this projector is. It fits in the palm of your hand. It’s also a short-throw projector which means you can have the projector close to the screen and still have a full-sized picture. In this case, you can get a 100-inch projection from just six feet away.

The size becomes even more deceptive when you consider the 700 ANSI lumens and 20,000:1 contrast ratio you get in this powerful machine. It’s ideal for business because it’s bright enough for a conference room and small enough for a briefcase or backpack. You will want to make sure your presentation room is as dark as possible though.

The projector is also a little on the expensive side. The lack of wireless connectivity is disappointing, and the fact that Optima sells a dongle to correct that oversight for an additional cost is borderline insulting. But the tiny size, combined with the high contrast picture makes this an ideal companion for business presentations on the go. 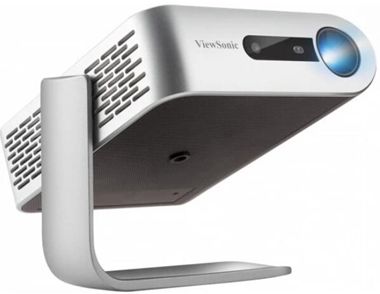 On the downside, this projector tops out at 480p, and the keystone adjustment tends to be glitchy. But the projector has an amazing 120,000:1 contrast ratio and a long-lasting battery that can go for up to six hours when the projector is in eco mode. Inputs range from microSD, USB-C, HDMI, and USB-A. It can also output sound with a 3.5mm audio jack. 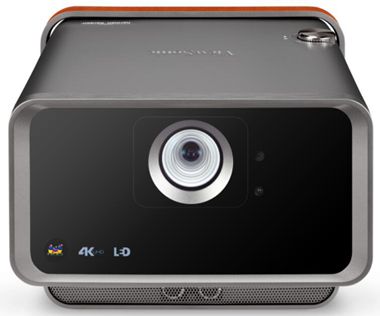 Acquiring a short-throw projector that offers 4K resolution doesn’t need to drive you into bankruptcy. The ViewSonic X10-4KE is a relatively affordable piece of kit for the features provided. In addition to 4K, this DLP LED projector offers HDR and Rec. 709 support, which means that you’ll get deep and accurate colors in the right setting. Because it’s only rated for 1000 LED Lumens, HDR content likely won’t pop with the X10-4KE, and most movie watching will be best in a dark environment. And it requires nearly six feet of space from the surface it’s projecting on for a 100-inch image.

But there are other perks to be had. The ViewSonic X10-4KE is a compact projector that has a painless setup process and is easy to stash away when you’re not using it, and it even comes with a handle to lug it around. It also has voice controls that are compatible with Alexa and Google Assistant. But if you want to use this as more than just a projector, the built-in Harmon Kardon audio can also serve as a Bluetooth speaker for your phone, tablet or laptop, something many of the best short-throw projectors don’t do. If true 4K on a budget is really what you’re after this is the one.

The Optoma GT1080HDR may not have the same laser projection lamp or brightness rating of our runner up, the Optoma GT1090 HDR, but it does have one feature that makes it the best short-throw projector for gamers: an eye-poppingly low 8.4ms response time and 120Hz refresh rate, which will make any associated lag nearly imperceptible.

The GT1080HDR will still provide plenty of brightness (it’s rated for 3800 ANSI Lumens), which will allow it to perform well outside of a dark room, and is also well-equipped for movie watching, even if you aren’t likely to get the same depth of color as our top pick. Like the GT1090HDR, it can throw a 100-inch image from 3.6 feet and downscale content from 4K sources, which can provide a bump in image quality. It also supports the Rec. 709 standard for color accuracy. Those wanting to pair this with a nice set of speakers should take note that this projector only has analog audio out.