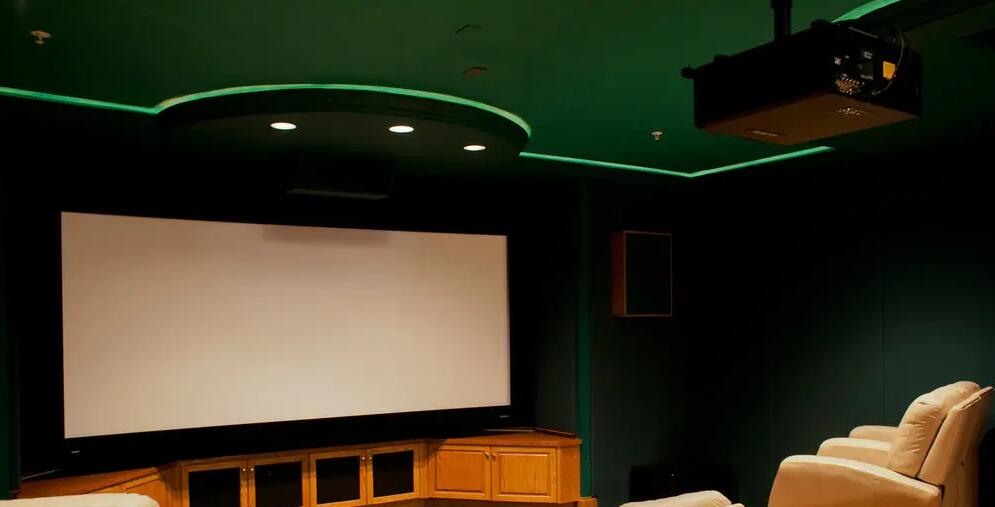 DLP, or digital light processing, uses tiny mirrors to reflect light toward the screen (an “on” pixel) or away (an “off” pixel). Most models use a color wheel — literally a spinning wheel with color filters — to create sequential color. Some high-end models use three DLP chips; one each for red, green, and blue. DLP projectors range in price from a few hundred dollars to tens of thousands, and more. Most projectors in movie theaters use DLP. You can find models from Optoma, BenQ, Mitsubishi, and many others.

The few disadvantages of DLP projectors are:

What to Look for in a DLP Projector: Standard Specs

DLP projectors come with a dizzying array of features and price points. Different combinations suit different applications. Uses range from home entertainment to houses of worship, portable presentations to lecture halls. Conference rooms to collaborative classrooms. By knowing how you’re going to use a projector, you’ll be able to find the projector that’s right for you.

Think back to the amazing mirror-laden DLP chip. Each mirror creates one pixel. The total number of mirrors corresponds to screen resolution. For example, a 2K DLP projector has about 2.2 million mirrors. A 4K device about 8.8 million. The greater the resolution, the better the image quality.

When comparing 4K projectors some may say they “support” 4K. This is not the same as the ability to reproduce actual 4K images. DLP projectors must produce the minimum 8 million active pixels required by the Consumer Technology Association (CTA) to qualify as true UHD projection.

A high contrast ratio is less critical in classrooms and conference rooms, as the benefits are most noticeable in highly light-controlled, pitch-black rooms. For business and classrooms, look for contrast ratios in the range of 4,000:1 – 30,000:1. 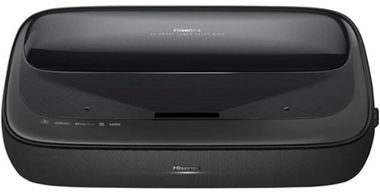 Hisense is redefining the future of TV. As the leader and innovator of Laser TV technology we are pleased to be working with Next Projection as one of our expert resources to consumers. Their team can be trusted to educate and advise customers looking for an affordable Laser TV solution with technologies ranging from a single laser source to dual-color lasers, and in the future Tri-Chroma technologies with screen sizes 100” and up.

One major change in design to the P2 is its color wheel. As both the P1 and and P2 use Digital Light Processing (DLP for short) to produce their image, they utilize a color wheel that spins rapidly to produce its final color display.

New technological developments have allowed Optoma to reduce the size of this color wheel from 8 segments to 6 segments. The new wheel omits the yellow section, and concentrates solely on red, green and blue. By reducing the size of the wheel by 25%, colors appear more vivid, natural and accurate. The P2 achieves this without any drop in brightness.

Another change in design is that the P2 is a white projector & soundbar, whereas the P1 was black. For those who still prefer black model, Optoma offers their flagship model the CinemaX Pro. The P2’s audio portion remains identical to the P1’s exhibiting the acclaimed NuForce 40W Dolby Digital 2.0 soundbar with 2 full range speakers and 2 woofers.

The power of the ultimate cinematic encounter is now contained right in your living room thanks to the sleek compact design of the Samsung Premiere LSP9T. This 4K Ultra Short Throw projector resides directly in front of your projection screen providing larger than life video on a tremendous canvas of up to 130 inches.

The Premiere LSP9T is the world’s first HDR10+ certified projector with triple laser technology. It delivers revolutionary contrast details as the viewer watches from bright to dark scenes with a peak brightness of up to 2,800 ANSI lumens. This brightness allows for optimal viewing even in a well lit room. 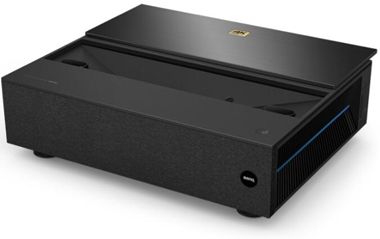 The best home theater experience has moved from the basement to the living room with the BenQ V7050i 4K ultra short throw projector. Astounding detail, vivid colors, and uniform display create awesome video on your projector screen up to 120 inches. Treat your eyes to the newest ultimate laser TV projector, with uncompromising image quality and outstanding contrast control, even in rooms with ambient light. Welcome to the future of home theater in your living room.

Astounding color performance from this BenQ ultra short throw projector comes from its 98% coverage of the super wide DCI-P3 color space, which was defined by the Digital Cinema Institute for use in motion pictures. Accessing vastly more colors than the Rec. 709 color space, DCI-P3 helps the visuals on your projector screen to appear more realistic, with significantly better color accuracy and subtle gradations. 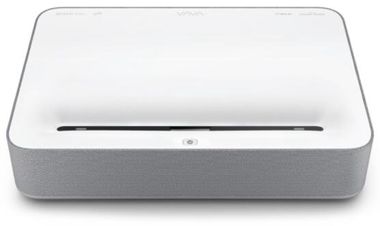 VAVA is the #1 brand for 4K Ultra Short Throw Projectors and to have Next Projection (Projectorscreen.com & 4KProjectors.com) representing us with their deep knowledge in the industry makes this a great partnership. The expertise and professionalism they bring to every partnership and sale is astounding. We look forward to growing this relationship and launching new products with them.